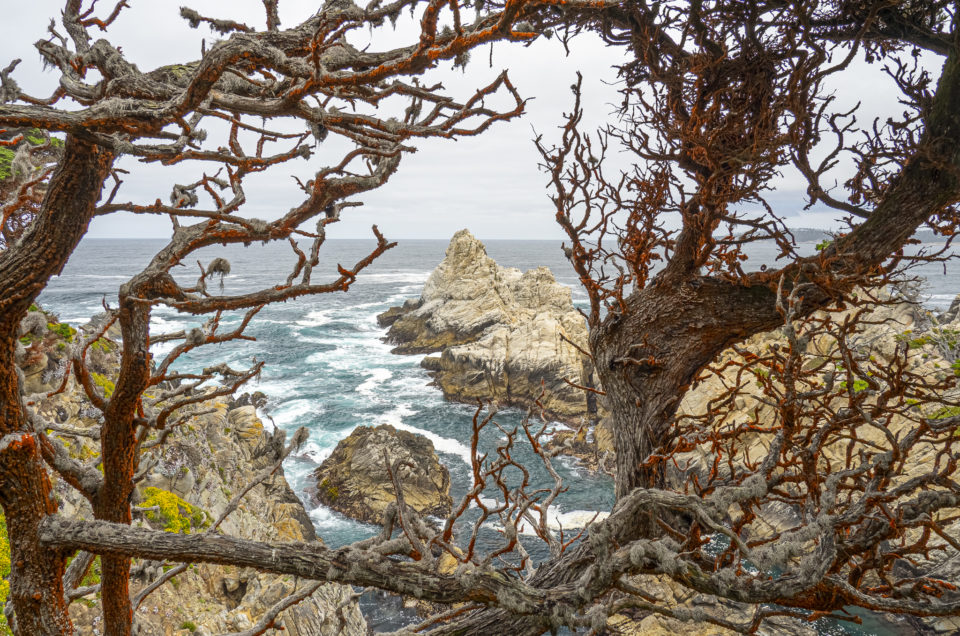 It was a very nice day at Point Lobos State Natural Reserve and I am very impressed by the nature. In order to capture the varied scenery between land and sea, I took many panoramic pictures. Follow the link to see them all.

Point Lobos is just south of Carmel-by-the-Sea, California, United States, and at the north end of the Big Sur coast of the Pacific Ocean. Point Lobos features a number of hiking trails, many alongside the ocean, and a smaller number of beaches. The historic Whalers Cabin, built by Chinese fisherman and later used by Japanese and Portuguese fishermen, is the home of a museum.

Point Lobos nearly became the site of a town. In 1896, the Carmelo Land and Coal Company subdivided the land into 1,000 lots and named the new town “Carmelito”. Engineer Alexander Allan purchased the land and over many years bought back the lots that had been sold and erased the subdivision from the county records. As of 2017, more than one million annual visitors from around the world visited Point Lobos, which is restricted by only 150 on-site parking spaces. The majority of visitors must park on the shoulder of Highway 1 and walk into the reserve. Visitor levels are exceeding the capacity of the Reserve and the state is considering requiring reservations during peak hours. (souce Wikipedia)