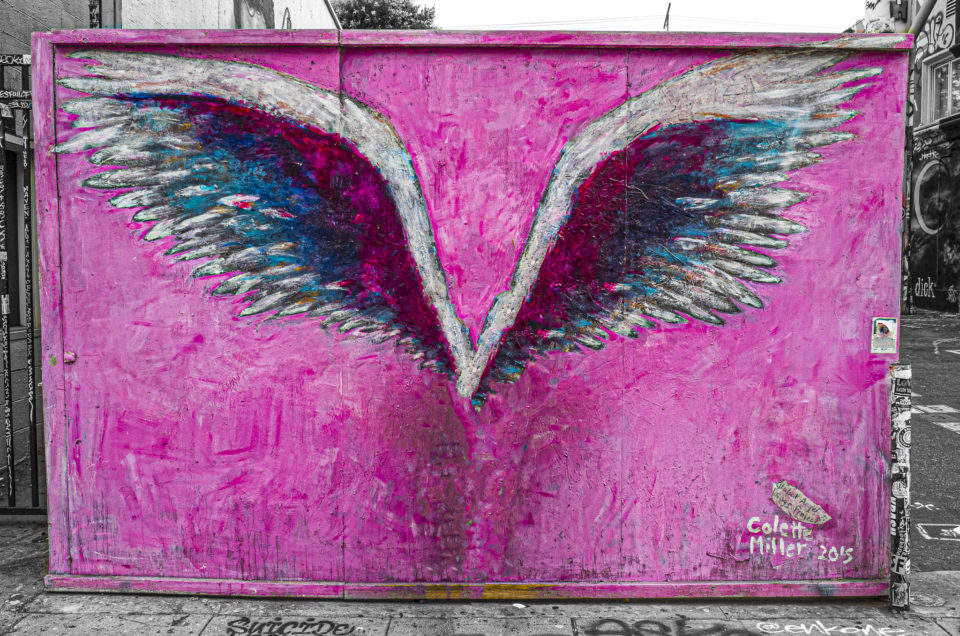 Colette Miller is an American visual artist and performer from Richmond, Virginia. She currently lives in Los Angeles. Miller is best known as a performer in the heavy metal band Gwar during its formative years between 1986-1987 and for her fine and street art “Global Angel Wings Project.” Starting in 2012 to lift the spirits of people on the streets, Miller has created and installed angel wings in countries ranging from Kenya to Mexico to Cuba to France to Australia, earning her international and critical renown. In 2015, an image of a soldier walking in front of the artist’s wings in Juarez, Mexico was featured in Reuters and BBC News as the international photograph of the day.

Miller installs her wings at eye-level, encouraging viewers to interact with the design and step in between them. This has launched an outpouring on social media with people taking photographs of themselves in various poses as the angel in between her wings. Miller has been included in lists of “The Most Instagram-Worthy Spots in L.A.” on BuzzFeed and Los Angeles Magazine, among others.

The text is an excerpt from Wikipedia